LOVE ON THE LINE

Violet Morgan puts the personal in personal chef, catering to clients who want the full cooking experience rather than a culinary drop-and-dash. But when her brother’s police detective partner is injured in the line of duty and needs help during recovery, she makes an exception. Violet lost her father to the job seven years ago, and worries for her brother’s safety every day. The last thing she wants is to get up-close with her brother’s career-cop partner…again.

For Noah Blackwell, being a detective isn’t just a lifestyle, it’s a legacy. So when he’s forced to take mandatory leave and deal with the trauma amnesia keeping him from identifying his shooter, it’s as if insult and injury have joined forces— and now he’s got to deal with an unwanted caregiver on top of it. Never mind that he and Violet shared a steamy, secret kiss last New Year’s Eve. She rejects everything related to the job, and Noah’s not about to be distracted from recovering his memory and getting back to what he does best. No matter how pretty Violet is.

Despite their differences, Violet and Noah share a surprising bond in the kitchen that grows into something neither of them expect. But as Noah heals and their feelings for each other extend from the kitchen to the bedroom, Violet knows she must make an impossible choice. She may wear her heart on her sleeve in the kitchen, but can she put love on the line?

When Detective Jason Morgan is tasked with keeping a local restaurant owner safe as part of a make-or-break case, he rises to the challenge. The job is his first priority, and he owes it to the memory of his father, a detective killed in the line of duty, to do it at any cost. But Jason never expected Serenity Gallagher to be so beautiful, so serious…or so tough to protect.

Serenity has moved from place to place at the whim of her capricious mother all her life. The last thing she wants is to leave the diner she finally calls home, even if it means being stuck with a sexy blue-eyed detective. But she’s the only witness to a horrible crime, and the man behind it wants her very, very dead. Going into protective custody means survival, no matter how much Serenity hates hiding.

As Jason and Serenity bide their time together, they are shocked to discover they have much more in common than the surface reveals. But keeping her safe is Jason’s number one priority, no matter how much he’s drawn in by the woman beneath the witness, and Serenity’s past makes it difficult to trust. As the stakes get higher and the spark burns hotter, can Jason and Serenity draw the line? 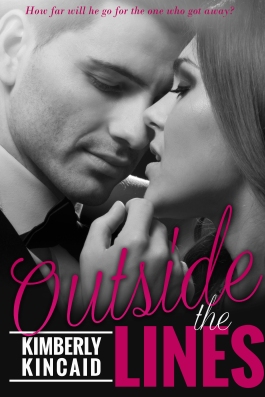 As an Ivy League ER doctor who eats double shifts for breakfast (and lunch…and dinner), Blake Fisher has little appetite for anything other than work. Being on the staff at Brentsville Hospital means taking care of people, a need Blake understands all too well from losing his brother to cystic fibrosis eight years ago. When he’s asked to coordinate a carnival fundraiser for the cause, he jumps at the chance to help others with the disease…until it lands him side by side with the one woman he never thought he’d see again: his ex-fiancée.

Streetwise and rough around the edges, Jules Shaw is no stranger to earning a living through hard work. But when her job as the restaurant manager of Mac’s Diner puts her shoulder to really broad shoulder with Blake Fisher, she nearly balks. She’d rather dodge and deflect than admit the real reason she broke things off, but the catering contract for the carnival means big business for Mac’s, and feeding people is Jules’s lifeblood.

As Blake and Jules join reluctant forces, they quickly rediscover the spark between them. But the possibility of a future together hinges on coming clean about the past, with potentially devastating consequences. Can Blake and Jules overcome their drastically different backgrounds and learn to love again, or will they always be outside the lines? 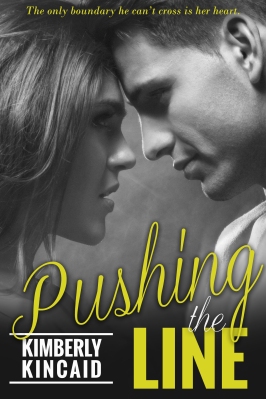 Free-spirited artist Harper McGee is happy to go wherever the wind takes her…until her flight pattern sends her back to Brentsville, New York for her beloved grandmother’s funeral. Harper’s grief turns to shock, however, when she discovers her grandmother has named her sole proprietor of her candy shop, Luscious. But she has no intention of being anchored to one place, and anyway, she doesn’t know the first thing about running a kitchen or a business. Selling Luscious is the only viable option— until the shop catches fire due to old wiring. Fixing the damage requires major work, and if Harper wants to put it on the market, she needs major help.

Thrill-seeking firefighter Aaron Fisher has never walked away from a challenge or a friend. So when a fellow firefighter is hurt on a call and can’t complete a side job for his contracting company, Aaron’s quick to jump in. He’s done plenty of fix ‘er ups for his buddy in the past, and despite his silver spoon upbringing and his no-holds-barred attitude, swinging a hammer suits Aaron just fine. That is, until he discovers the client is the same impetuous woman he forcibly dragged from the flames of Brentsville’s local candy shop.

The more time Harper and Aaron spend at Luscious, the hotter their attraction burns, daring them both to shed their tough outer layers to reveal the tender desires beneath. But when a buyer makes Harper the offer of a lifetime, she must choose between roots and wings. Can two people who live in the moment learn to see past the moment, or will Aaron and Harper always live their lives pushing the line?

Love On The Line (Violet and Noah’s story), Drawing The Line (Serenity and Jason’s story), Outside The Lines (Jules and Blake’s story) and Pushing The Line (Harper and Aaron’s story), plus recipes and bonus material not previously published in the Trilogy.

Don’t miss this chance to snap up the series that USA Today calls “smart, tart, and sexy”!

Love On The Line: Violet Morgan puts the personal in personal chef…right up until her twin brother’s detective partner is injured in the line of duty. The last thing Violet wants is to get up-close and personal with tough, gruff Noah Blackwell…again. But despite their differences, Noah and Violet find heat in more places than the kitchen. When Noah goes back to active duty despite Violet’s deep-seated fears, will these two simmer down, or will their feelings boil over?

Drawing The Line: Detective Jason Morgan must protect Serenity Gallagher from one of Brentsville’s most vicious criminals after she witnesses a brutal crime at her diner. The task is easier said than done with Serenity reluctant to leave Mac’s, the only place she’s ever called home. As they bide their time in protective custody, the stakes get higher and the sparks burn hotter for Jason and Serenity. But can they draw the line?

Outside The Lines: Julianna Shaw walked out of Dr. Blake Fisher’s life eight years ago. He never expected to see her again, let alone be tasked with coordinating Brentsville Hospital’s charity fundraiser with her. But the sexy diner manager has secrets, ones that change everything both Blake and Jules once knew about love. Will the truth bring them back together…or send them apart for good?

Pushing The Line: Artist Harper McGee has never met a change of address she didn’t like. So when she comes back to Brentsville to settle her beloved grandmother’s final affairs, it’s not for an extended stay…until Harper discovers that her grandmother has bequeathed her the family candy shop. Firefighter-slash-contractor Aaron Fisher is all too willing to help her with the renovations needed to sell the shop, but will he fix up her guarded heart, too? 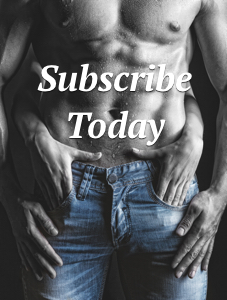